You are here: Home > Live from the Park…

New this year for Carrières-sous-Poissy ‘s schools: on Friday, September 16, 2016, almost one hundred 3rd and 5th graders got to discover the Parc du Peuple de l’herbe in the context of “Les Enfants du Patrimoine” (Children of Heritage) program, which was initiated by the Communauté urbaine Grand Paris Seine & Oise in association with the Councils of Architecture, Urbanism and Environment (CAUE). A half-day of workshops, including a game about the five senses and a large orienteering course, made them aware of the Yvelines natural heritage’s richness, which Parc du Peuple de l’herbe represents. This visit was led by the association “Ville Verte” (Green City). 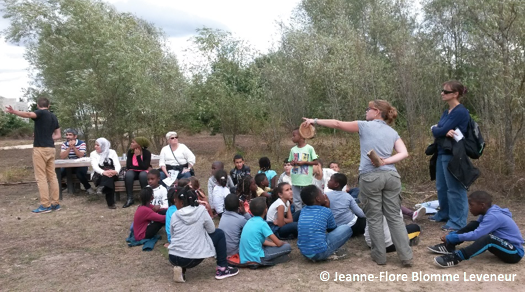 On the morning of September 17th, as the Parc du Peuple de l’herbe (the biggest landscaped and recreational park in the department) was taking shape, a guided tour was given to the public with the Conseil départemental des Yvelines, in partnership with Communauté urbaine Grand Paris Seine & Oise: exploration of landscaping, introduction to insect house and observatory. 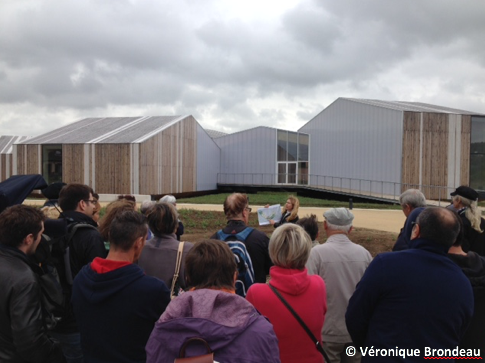